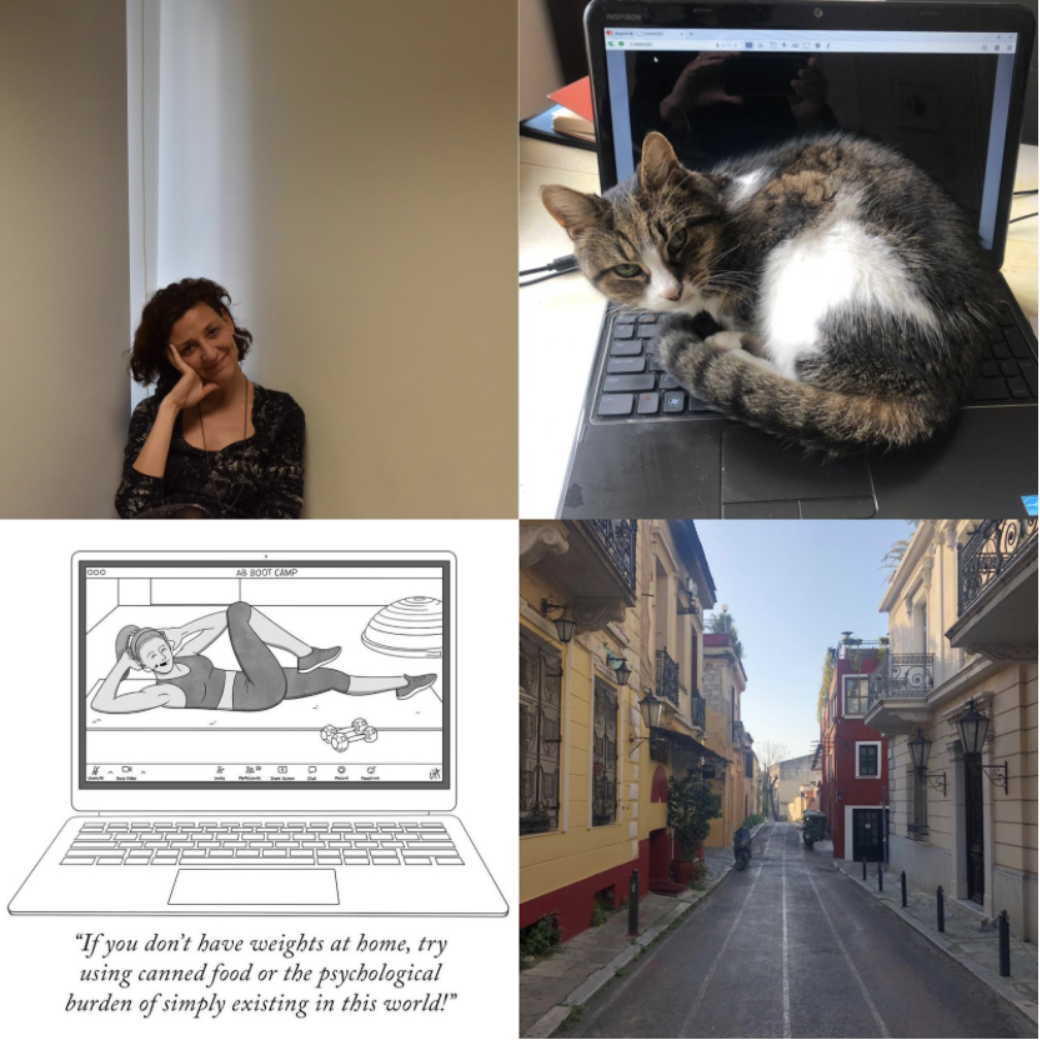 Antigone Kotanides, a guest of the Milano Design Film Festival Greece-Athens (6-8 November 2020), has been invited to contribute to the New Forms of Presence, an initiative of our festival exploring the current state of things through the creative community. How can one approach and grasp the invariants and the changes taking place, during a general phase of suspended interactions, social interconnections, normality, and the program’s dynamic model of action? The curated concept revolved around threading an intimate narration, by writing a quasi-diary entry, which invites reflection and contemplation from the personal to the communal, and vice versa. Words become a “design tool” to help navigate uncertainty and shift from passivity back to a hopeful stance within the “New Normal.”

“For most of my life I was grateful for being born at the right time and in the right place, in an amazing family, with parents that encouraged me to broaden my horizon and to reflect about the world and my role in it. Through my formative years, being a “contributor” to the general social fabric, and somehow giving something back to society, became increasingly important. My professional interest in the wider public sphere, was a natural evolution from there. This is what lead me to enjoy so much working in the field of public policy with newly arrived refugees in the past four years of my life. Working as Project Manager for “Curing the Limbo”, an innovative pilot integration program in the heart of Athens, my city, has been quite fulfilling.

2020 changed many of these things. I lost my father in a sudden and unfair way, and just as I was slowly getting back on my feet, and slowly returning to my much-needed routine, the routine suddenly ceased to exist. Confinement and social distancing raised a series of new questions. I was grieving during a universally stressful time, while at the same time having to ensure that “Curing the Limbo” moved to the digital realm for staff and beneficiaries. Teleworking, tele-learning and tele-meetings quickly became our new reality.

From the onset of the coronavirus situation, the program had to be adapted to remote operations, without the human contact and motivation that lies at the core of our integration approach, to continue striving to get people out of a state of limbo. But, by leaving our workspace, the people behind “Curing the Limbo” were entering a state of limbo themselves. Our team had also to accept it and remain motivated, while insecurities and, still unanswerable questions arose. Program participants also had to accept this new situation. Had they developed any sense of belonging in their new city yet, one of the program’s prime aims?  What will the next few months look like for everyone? What will the economic ramifications in a crisis-ravaged Athens be like for Athenians? How will the world change? And so on. On a personal level, the stress to ensure the project’s continuity, prevented me from taking the time to reflect on my own grief and left little room for introspection.

After a couple of weeks, other questions began to arise: are the assumptions we made on how to empower people towards integration relevant during confinement and social distancing? Did our remote operations still fulfill our holistic integration approach? How do refugees feel about this new state of limbo? Professional questions gradually merged with my own existential questions. Where is the borderline between professional and personal life? What is my relationship to my work? Is it going to save me, or drown me during this crisis? Was I going to make it? Does it matter, given the bigger picture?

As the weeks went by, anxiety gave way to reassurance. Our remote efforts were working: we stayed in touch with most of the program’s participants and continued most of our services. The team showed incredible resilience, as did everyone involved. As Athens’ signature bitter orange trees blossomed, imbuing the air with springly optimism, the city’s silence became a beautiful ally. Also, after weeks of observation I concluded that, my cat’s routine was not affected in any way by the quarantine, so things couldn’t be that bad.

Will the return to the new normality be easy? Nobody knows but cities is probably where we are going to find out. Strangely, there is one thing that I never questioned during these strange times: my relationship with the city. Whether it is busy, polluted, loud, or as we all came to discover during this period green, quiet and beautiful, the city is what really holds us all together. Athenians, new and old, all have to adapt to this new reality in an urban milieu that will always show us ways to reconnect and rediscover each other.” _Antigone Kotanidis, Project Manager of Curing the Limbo in the City of Athens, by Urban Innovative Actions.

Antigone Kotanidis is Project Manager of Curing the Limbo, an EU funded pilot integration programme for refugees in Athens. She has previously worked as Advisor to the Mayor of Athens on Migration Policy, where her responsibilities included designing and implementing the city’s comprehensive action plan for refugee issues. Antigone has wide-ranging public policy experience, having also served as Advisor to the Minister of Culture and Tourism and to the Mayor of Thessaloniki.

1. My portrait taken from a student of our photography class in February

2. My cat’s reaction to our first days of teleworking

3. A cartoon I related to by Lila Ash published in the New Yorker

4. Strolling through empty Athens with my partner and our bikes